Jared Diamond:  Professor of Geography at the University of California, Los Angeles. He is a member of the National Academy of Sciences, the American Academy of Arts and Sciences, and the American Philosophical Society.:  He has received the National Medal of Science, the Tyler Prize for Environmental Achievement, Japan’s Cosmo Prize, a MacArthur Foundation Fellowship, and the Lewis Thomas Prize Honoring the Scientist as Poet, presented by Rockefeller University.:  He has published more than six hundred articles and his book, Guns, Germs, and Steel, was awarded the Pulitzer Prize. His new book is: The World Until Yesterday: What Can We Learn from Traditional Societies? 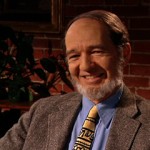 This is an archive site.